Wildly unpopular as the observation may be, the overwhelming majority of people who get into serious trouble with the police share certain important demographic similarities.  These three characteristics are the only ones that matter: these people are male, they are not married, and few were raised in a stable home environment by a mother and father married to one another.

Even the most rabid radical would have to admit that in general, married people are healthier, wealthier, and happier than single men and women and that the children of these stable marriages fare far better than those raised in domestic turbulence.  What is more, marriage and traditional family life correlate strongly with being law-abiding, self-disciplined and industrious.

So it’s settled! Marriage is marvelous. If so, why are so many men reluctant to marry?  That’s an easy question to answer.  Fear.  Every man knows some poor husband who, when the honeymoon wore off, found himself married to a sexless shrew; or even worse, undergoing a divorce from one.

On another occasion perhaps I’ll have the chance to explain how in most of these sad marriages, it was the man whose mistakes caused the problem in the first place, and it was the husband who failed to fix it. Western civilization acquired the custom of a wife assuming her husband’s name from ancient Jewish wisdom.  Part of the reason for this is that the husband has more power than the wife to shape the destiny of the marriage.  This is why knowledgeable and experienced marriage counselors recognize that when marital troubles loom, culpability is seldom divided equally between the spouses.

However, for now, I am interested in marriages in which it is not the husband who feels deep disappointment, but the wife.  Paradoxically, there’s not much she can directly do about it.

I am thinking of wives who married with their hearts overflowing with love.  As time went by, things changed.  In this Thought Tool I am not going to address physical abuse or other unacceptable scenarios.  I am looking at milder but intensely painful disappointments.  Wives finding themselves married to men who embarrass and underperform; men who do not provide; men who lack masculinity and mastery; men with no money-sense; and above all men without discipline and ambition.

Deborah was married to Lapidoth. (Judges 4:4)  Ancient Jewish wisdom tells us that he was chiefly attracted to the spiritual service of tending to ritual flames in the Temple.  We know nothing else of him and never hear of him again.  Deborah fills the vacuum in her own home (and in the nation as a whole) by continuing to develop her leadership qualities, finally becoming a judge and military leader in Israel.

Abigail constantly had to make excuses for her husband’s boorishness. One example is provided. (I Samuel 25:25)  She also had to repair his sometimes fatal mistakes.  Her husband’s name was Nabal which translates as  ‘despicable’.

Thus, Abigail defines the wife who finds herself married to a man who, for good reason, is disliked by his community and society.

Samson’s mother was married to a passive man, Manoach.  (Judges 13:6)  His name in Hebrew clearly indicates that he lacked drive, intelligence, and ambition. The entire story surrounding the birth of Samson confirms this.  By concealing her name, Scripture teaches that she chose to deal with this disappointment by boosting her husband to the best of her ability even to the point of obscuring her own identity.

Obviously divorce is an option (Deuteronomy 24:1), however nowhere in Tanach do we find an account of a couple divorcing. We know that divorce is a tragic but permissible solution, but what we need is guidance, short of divorce, for women in these marriages.

Without knowing the details of individual situations, it would be irresponsible to dispense specific advice.  But with the help of Abigail, Mrs. Manoach and Deborah, here are four general approaches that wives who consulted with me in the past have found useful.

1.   Stop yourself from unhealthily indulging in daydreams and fantasies of the ideal man you wish you were married to.  I can assure you that he too would come with drawbacks associated with the very qualities you now find attractive.  Instead, make yourself focus on the qualities your real-life husband possesses and which originally drew you to marry him.  In other words, work to make the best of the situation.

2.   Recognize that your husband might have gradually become the man he now is because of your style.  For instance, did you yearn for power and seek conspicuous success?  If so, it is possible that he backed away from competing with you.  You might be able to stimulate his return to the battleground by your own carefully considered strategic retreat.  That may be politically incorrect, but it is true.

3.   Know that you possess only limited power to change him directly.  This may come as unwelcome news, but only another man can help your husband change those behaviors you find so distressing.  Encourage him to seek the friendship, brotherhood and mentoring of another man.  Perhaps this might be a wise religious leader. It could be a suitable older relative or a business associate.  As a wise wife you do have the ability to quietly encourage him to seek out masculine guidance.

4.  Finally, never underestimate the masculinizing impact on a man of physical affection.

Yes, marriage can be supremely satisfying especially when buttressed by covenantal vows.  The reciprocal granting of love within a framework of fidelity can transform the burdens of life into a sacrament.  It can provide joy and fulfillment simply unavailable to the single.  Nonetheless, at its best it demands knowledge and skill.  Even I possess enough ability to repair the engine of a 1963 Chevrolet Impala.  However, to maintain a modern luxury automotive machine is quite beyond me.  Simply operating it requires more knowledge than jumping into the driver seat and pressing buttons.  But to the knowledgeable driver, the delights it offers vastly exceed anything that old Impala can deliver.

In general, marriage is good for its participants and is wonderful for society, but a well-built and maintained marriage exceeds anything a mediocre marriage can deliver. Recognizing that our society’s current ethos discourages greatness in men is one step to building a great marriage.

We should be worrying about strengthening marriage in American society as doing so would ameliorate many colossal concerns.  But my main interest in writing these Thought Tools is providing you with ancient solutions to make your life the best it can be.

These small strategies have helped a number of wives discover renewed joy in their families.  Sometimes even a simple idea can launch a life transformation. That is what every single Thought Tool is designed to be—a simple idea and a timeless truth with the power to bring about life enhancing change.  We regard Thought Tools as an important part of our ministry.  How would you like full-time access to more than 150 such permanent principles?  Go ahead and add to your library our budget-priced Thought Tool set. We would be delighted if wish to bless someone you love with this gift. 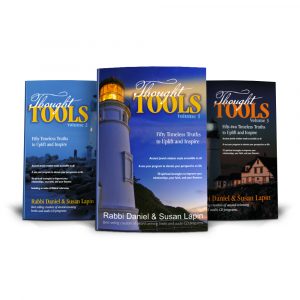