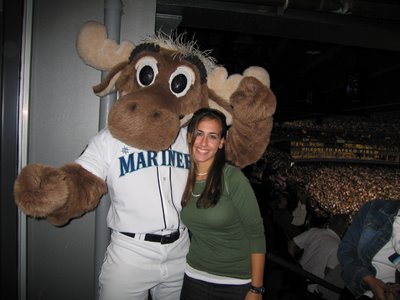 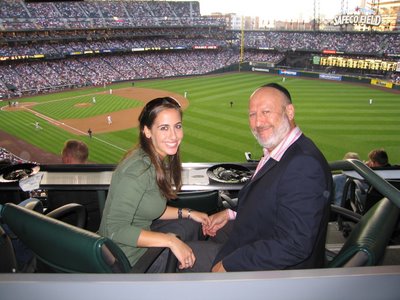 Last night my daughter, Miriam, and I joined over 40,000 other fans of the Seattle Mariners at Safeco Field in Seattle. We watched from the sky-suite of The Crocker Group as Adrian Beltre gave the Mariners a victory over the New York Yankees in a heart-stopping, game-winning home run in the ninth inning. Last night’s wonderful win won’t dramatically change the fate of the Seattle Mariners who have lost about 10 games in a row, but it sure uplifted the spirits of almost everyone in attendance.

The blue sky and the green grass on a balmy late summer evening with the salty smell of Puget Sound just evident, gave extra poignancy to the lusty roars of the large crowd. It was hard not to be moved by the sheer Americanism of the experience. Miriam, soon off to Bible school in Jerusalem, said, “Daddy, there are quite a few things about this event that Moslem extremists wouldn’t like.” To my raised eyebrow she explained that the effervescent cheerfulness of the crowd would surely irritate them, as would such a large number of people being able to spend a few hours in close quarters without a riot, without Kalashnikovs being fired into the air, and without a religious harangue from some mullah. (I offered one from a rabbi but there were no takers in the suite we were guests at.)

It was hard to ignore the bellows of anger and the earsplitting chorus of boos each time that Alex Rodriguez stepped onto the field. You see, he had played for the Mariners for about seven years before signing with the Texas Rangers in 2000 and moving to the New York Yankees about four years later. Seattle has never forgiven him for leaving Seattle for mere money.

Frankly, I don’t get it. Is anyone laboring under the delusion that sports is somehow disconnected from business? Do fools in Fremont feel that everybody is allowed to act in his own best financial interests except ball players? My view is that profit is not plunder and that the overall experience available to sports fans has been enormously enhanced by the games becoming business-like. There are countries in which sports is no more than an extension of government. I would much rather sports stays firmly in the private sector.

That means that fans must buy game tickets as they buy coffee, not as they try to secure medical attention or purchase stamps at the post office. As part of the unwritten contract of business that says both parties must benefit, sports must provide fans with value for their money. 42,000 joyful people in a Seattle ball park last night said they succeeded.