We are coming to the end of a week of Grandma Camp, where I have been  doing crafts, playing games, reading stories and enjoying the company of five charming young ladies. I have had little time to write. Instead, I’m going to throw out an idea without elaborating on it, in the hope that you will mull it over, discuss it and draw your own conclusions. 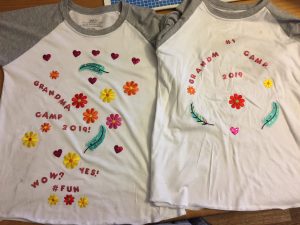 An unsurprising, yet still disturbing, poll  this week revealed that younger Americans value patriotism, religion and having children substantially less than their elders and less than their elders did at their age. What do they value? Tolerance. (It is worth mentioning that a strong argument can be made that college students and those in their twenties today constitute one of the least tolerant generations in decades.)

A different article I read focused on how bus ridership in Los Angeles is decreasing despite great infusions of cash spent building a larger system. Naturally, this concerns Phil Washington, the chief executive of L.A. Metro. His solution  has been implemented in other cities: drive people onto public transport by making driving less comfortable. In other words, cause pain to those who insist on using their own cars or any form of non-public transit. He believes that people’s minds must be changed when it comes to how they think about transportation, saying, “Sometimes you have to tell people what’s good for them.”  This is the eternal elegy of the career bureaucrat.

Here’s my idea. Let’s leave people to decide for themselves how to get from point A to point B, but let’s work on changing people’s minds on what values matter. Rather than closing down traffic lanes, we might all be better off if we closed all colleges for a few years and worked on revamping public education from pre-school up.