It is refreshing to read the obituaries for 98-year-old Carl Reiner. Not only does the Hollywood figure leave behind seemingly genuinely mourning family and friends, but the words describing the entertainer’s life do not include the following: COVID-19, Biden/Trump, sexist, racist or privilege. It is the omission of the last word that I would like to discuss.

Had I been asked to define the word privilege a few years ago, I would probably have replied ‘honor,’ as in the sentence, “It is a privilege to meet you.” Similarly, I would have thought of a student being told that she has the privilege of representing her school at an event. In both cases, the privileged individual feels humility at an honor bestowed on her, whether or not the opportunity was random or hard-earned.

Times change and words change with them. The word privilege is now supposed to denote an undeserved, unjust and unacceptable advantage for which one needs to apologize or preferably grovel. There is male privilege, white privilege, and rich privilege. More categories exist and even more will surely be added. The ones listed above could all be applied to the life of Carl Reiner.

Carl Reiner had the privilege of capitalism. He started working full-time at the age of 16 when, as a young high school graduate (whose education would probably run circles around today’s Liberal Arts Ph.D.s. ), no one suggested that college was a right to be demanded regardless of whether or not his parents could afford to send him. He had the privilege of living in a country where millionaire politicians did not insist on a minimum wage that would have led the company that hired him as a shipping clerk to reject a young, inexperienced worker who could not yet provide enough value to earn a higher salary.

Mr. Reiner had the privilege to benefit from a free, WPA government-sponsored acting class and he was then privileged to serve his country during World War II.  After the war, Mr. Reiner had the privilege of resiliency. When, due to worries that he was “too Jewish,” he was rejected for the starring part that he wrote for himself and that was based on his life in what became the popular The Dick van Dyke Show, he did not don the mantle of victimhood and cry “anti-Semitism” but instead played a smaller role in the series he produced and for which he wrote.

So much privilege. It went hand-in-hand with hard work, marriage and family, being a good friend and, by all accounts, rejoicing in life.

My daughter, Rebecca, recently wrote in her ‘Your Mother’s Guidance’ column of my own Great-aunt Charlotte, who, like Mr. Reiner, lived a long life. Even when she no longer recognized those around her, Aunt Charlotte remained steadfastly pleasant and grateful. Was she privileged? Privileged to have a mother die giving birth to her, to have her only brother taken overseas at that time by their grandparents, to be sent at age eleven from Europe when her father died to join this unknown brother in America, tearing her away from the step-mother who had loved and raised her? Was she privileged to come at that awkward age to a country whose language she did not speak? She was certainly privileged that no one pitied her and excused her from learning English so that I knew her as a highly articulate and learned woman able to fully participate in American society.

There were many tragic events in Aunt Charlotte’s life that could have led her to bitterness and anger. Yet she and Carl Reiner shared a truly great privilege. They were raised to believe that not everything was going to go their way, but that their response to life’s events was something that they could control. They were not raised to envy those who had what they did not, but rather to be grateful for what they did have.

If you are alive and breathing you are privileged. Every single individual has inborn advantages and disadvantages and others that emerge during his or her lifetime. We could probably list thousands of categories and futilely try to provide an accounting (maybe a scale from 1 – 5?) for each individual in each category. Successful people will not spend their time on such nonsense. I have met recent immigrants along with other people in all their wondrous variations including color, health and economic situations. Those who are successful, like my Aunt Charlotte, take all opportunities to be grateful for their own blessings and work to increase those. That is a privilege, indeed. 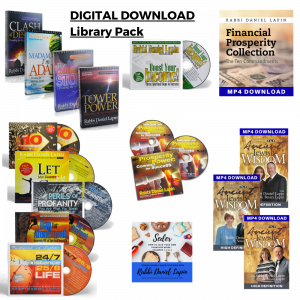 Simcha is usually translated from Hebrew as happiness. I prefer to think of it as joy. I don’t know if an English scholar would agree, but in my mind, happiness is fleeting while joy, even when other events or the passage of time overtakes it, leaves a lasting impression. Eating ice cream makes me happy, but I can summon up the emotional atmosphere of eating ice cream with a good friend long after the treat has been consumed. 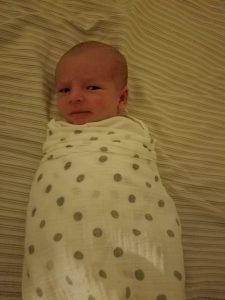 We have been blessed with a wonderfully busy summer. It began with the birth of a healthy baby grandson and ended with another similar gift. In between the two births, we celebrated the weddings of two of our children. While our basement flooding was not a highlight of the season, the tireless support of our son-in-law and grandsons in toting, carrying and sorting pounds of water-laden possessions certainly was.

END_OF_DOCUMENT_TOKEN_TO_BE_REPLACED

Years of Our Discontent

It is funny what sticks in your mind, isn’t it? Over 25 years ago, I heard my father-in-law ask in a tone that managed to be both amused and acerbic, why people couldn’t simply serve roast chicken every Friday night. At the time, my sympathies went to the woman who had innocently asked him whether a certain item only available in a specialty Japanese store was kosher. While not a gourmet cook like she was, I do vary the dishes served at my Shabbat table; my family and I would be bored with the same exact meal week after week.

My mother-in-law, like my mother and grandmothers offered no such variety. For them, being able to afford and have access to kosher chicken was in itself the special Friday night treat. How could anyone want more than chicken soup, roast chicken, and a simple side dish? They lived in different times.

I enjoy experimenting with new Shabbat recipes and while certain holidays cry out for specific traditional dishes, it is unusual for us to have exactly the same meal two weeks in a row. Yet, something I recently read made me recall my father-in-law’s lament and relate to it with greater understanding.

END_OF_DOCUMENT_TOKEN_TO_BE_REPLACED

I did not grow up poor

Have you noticed how fashionable it is among politicians to proclaim the poverty of their childhoods? I was brought up in a two room house on the wrong side of town. I grew up in a one room house outside of town. Well, my family lived in a tiny log cabin near the forest. So what! Me and my brothers and sisters all lived in a tent eating berries we picked in the forest. And so on… If you believe them, you’re more gullible than they are duplicitous.

Well, I enjoyed a more than comfortable middle class childhood, thank you very much. And that was a good thing not only for me as a child, but also for me as an adult. I know how wealth is created by strong marriages and strong values. END_OF_DOCUMENT_TOKEN_TO_BE_REPLACED