Are Sanctuary Cities the new Cities of Refuge?

What were the ancient cities of refuge and what type of criminals were allowed to live there? Is our current system of sanctuary cities anything like those mentioned in the Bible?

Some cities and states favor sanctuary cities and others don’t, thus bringing division in America. What do you think about this?

Basing today’s sanctuary cities in the United States on the Biblical cities of refuge is a bit like suggesting that the American and French revolutions in the 1700s were alike. It is a far and not very supportable stretch.

The Biblical cities of refuge (Deut. 4: 41-43) were not havens for criminals. They were specifically meant for the innocent person who had accidentally and unintentionally taken a life. The classic example given is a man chopping a tree when his axe-head flies off and hits another man a few feet away. He did not intend to murder his fellow worker, he wasn’t intentionally careless in fashioning his axe, but nonetheless, the result is a dead human being.

END_OF_DOCUMENT_TOKEN_TO_BE_REPLACED

Oops! I Didn’t Mean To

Hello!  Exodus 21: 12-13 introduces to us the concept of the cities of refuge.  If a person kills another accidentally, God provides for him a place of refuge where he can run and be sheltered.  God takes into account the motivation of a person, even when he has participated in a most terrible action, that of ending someone’s life!

While the verse about accidental murderer may not seem to directly parallel parenting, it did make me think of how we as mothers can best react when a child does something wrong and immediately claims, “I didn’t mean to!  It was an accident!”  Whether or not we believe ourselves that our child’s intentions were pure, there are compelling reasons for us to give him the benefit of the doubt and acknowledge that his intentions were positive.  What are those reasons?

According to developmental psychologist, Gordon Neufeld, our aim as mothers should be to change our children’s minds, not their behavior.  Instead of obsessing over bad behavior, we can solicit our children’s good intentions and their desire to do the right thing even while acknowledging that they can’t always follow through. It seems so much simpler for parents to be behavior focused – use star charts, prizes, or consequences, but those tools aren’t really helping our children develop the values we want them to have in life.  On the other hand, if we help them reach a place of good intentions, our children are aiming in the right direction and that starts the process of them developing their internal sense of right and wrong and strengthens their desire to do right.

You and I know that despite many of our good intentions, we, ourselves, often fall short, but it is the very fact that we are aiming for something meaningful and positive that inspires us to get up and try again and again and again.  By showing our child that we believe in their innate goodness and their desire to do the right thing, even when sometimes they mess up or give in to an urge to do wrong, we are demonstrating our belief in their greatness.

Accepting their claims of positive intentions or accidental errors, even as they mess up, lets us validate them and help them think through future situations without feeling defensive or shamed.  For example, “I like that you were trying!  This situation didn’t work out the way you were hoping it would, let’s see what we can do to help you do better next time?”

Rabbi Meyer Schwab of Denver explains that although the rest of the tribes of Israel are counted in the desert from the age of 20, the tribe of  Levi is counted from one month old. Why?  Levi served in the Tabernacle directly before God.  They had extremely lofty goals and standards of behavior. When someone knows they are aiming for greatness, you can count on the fact that their education will be successful even while they are still babies.

If we can come alongside our children’s positive intentions, even while they make mistakes, they will know we believe in their goodness and their intentions to always keep aiming for greatness.

I wish you a day filled with great intentions! 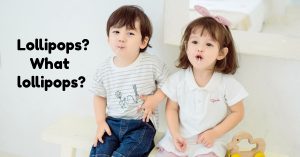 I love this season.  I don’t celebrate Christmas but I respect it and enjoy its sights and sounds.  I enjoy the music in the malls. I enjoy the lavishly lit displays and colorfully decorated homes.  All this is far more noticeable in cities than in remote rural areas.

Cities are places where the highs are higher but the lows are lower.  In large cities, people can find friendship and connection no matter what their interests, but in large cities some citizens languish in excruciating loneliness.

Cities contain culture; music, art and dance.  But they are also where the degenerate sell the degrading to the depraved.

In cities fortunes can be made and affluence achieved but it is also in cities that drifters and derelicts exist.

History’s earliest mention of a city is the one built by Cain as part of his penance for homicide.

Contributing to the lives of many was a way to atone for taking a life.

This observation of ancient Jewish wisdom is substantiated by the Torah’s most conspicuous cluster of cities—the six cities where accidental murderers sought refuge:

You shall designate cities for yourselves, cities of refuge shall they be for you, and a murder shall flee there—one who takes a life unintentionally.
(Numbers 35:11)

Rather than retreating into isolation, living in a city gives opportunity for connection with others.

And they (the men of Reuben and Gad) approached Moses and said, “Pens for our flocks we shall build here and cities for our children.
(Numbers 32:16)

Moses reversed the order when responding:

Build for yourselves cities for your children and pens for your flocks…
(Numbers 32:24)

Flocks represent wealth and pens represent the infrastructure for building wealth.  The tribes had the order wrong and Moses corrected them.  Go ahead and build cities but the priority is first family then wealth. Cities, in close contact with many other humans are places where you can best achieve your maximum potential.  But it is also terribly easy to mistake priorities in a city. Yes, there is risk and that is why you need God’s Guide for how the world really works.

Cities remind us that life is at its most thrilling when we strive for the highest highs despite being aware that the lowest lows are also possible.

I know someone who won’t get married because he fears perhaps facing one day the possible loss of someone he loves.  There are many who abandon dreams of building their own businesses because they fear the humiliation of failure.  Some renounce the joy of having children for fear of potential heartbreaks waiting down the road.

Yes, it is possible to live a bland life minimizing the lows by foregoing the highs, a life in which the green graph barely flutters above or below the base line of life.  But is such a life what God intended for us?  No!

“Come hither, and I will show you an admirable spectacle!” said Rev. Cotton Mather in a speech entitled Theopolis Americana that he delivered to the General Assembly of Massachusetts in late 1709. He continued, “’Tis an heavenly city, descending out of Heaven, from God.”

This is a great time of the year to commit to a new year of living with passion and fullness and experiencing what the city represents in our lives.  Reach for the heights while following His word to avoid the depths or cope with them.

TO READ ABOUT RABBI DANIEL LAPIN BOOKS AND CD'S AS WELL AS APPEARANCES AND SPECIAL OFFERS, OR TO SIGN UP TO RECEIVE A FREE WEEKLY COPY OF THOUGHT TOOLS SENT TO YOUR EMAIL, SEE: www.rabbidaniellapin.com.