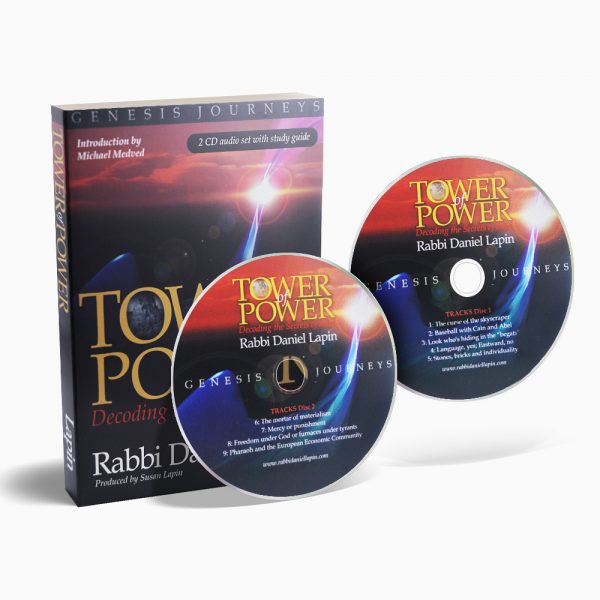 Tower of Power: Decoding the Secrets of Babel

“Tower of Power: Decoding the Secrets of Babel” reveals:

Order Instant Download
SKU: TOP Category: Audio CDs Tags: Faith, Family and Friendship and Society
Majestic and mysterious, loved and cherished, the Bible has been examined and studied for millennia. No other volume has impacted human life more or provided greater guidance and inspiration.Whether it was America’s own founding fathers like James Madison and George Washington, great scientists such as Sir Isaac Newton or Samuel Morse or our own family’s ancestors, wise people have pored over this valuable gem
Today, many still cherish the Bible and study it faithfully. But most people today, whether Jewish or Christian, are lacking vital learning tools that were available to earlier generations. You can look at Jewish texts that have been handed down for centuries from teacher to student or at the time-honored Ainsworth Bible used in America’s colonial churches, and you will become aware of the special role that Hebrew played in helping earlier generations to understand the Bible.
Similarly, ancient wisdom that was originally conveyed from God to Moses, from Moses to Joshua and lovingly transmitted orally from parent to child in Jewish households, has fallen prey to our modern impulse to cast away anything old without recognizing its value.
In “Tower of Power: Decoding the Secrets of Babel”, Rabbi Daniel Lapin will take you beneath the surface of nine seemingly simple verses in Genesis.
While enjoying his unique blend of wisdom and humor, you will gain insight into human nature and better understand the continuing dilemma society faces in choosing whether to live under God’s rule or under human control. You will meet Nimrod, the world’s first tyrant, and learn how an analysis of his name in Hebrew reveals his essence.
As you follow his epic struggle with Abraham you will be amazed at how the methods he employed in his attempt to dominate humanity surface again with Pharaoh and continue to be used by despots today. You will be amazed at how easily even those of us living in freedom and democracy can find ourselves threatened with the loss of those gifts.
Gain powerful tools for defending your family, faith and finances as you enhance your knowledge of the best-selling book of all time – the Bible.