Have you noticed how politicians in every country, even those only slightly influenced by the teachings of Karl Marx, tend to drive wedges between segments of the electorate?  They specialize in fanning the flames of resentment of the poor against the rich.  They encourage women to see men as their enemies.  And of course they increase hostility between people on the basis of the color of their skin.

Marx encouraged communist leaders to divide the population by class, race, and gender and to exacerbate grudges between them.  Secular fundamentalist seekers of political prestige do this almost instinctively.  They do it because it consolidates their power.  When your constituents are busy fighting each other, they have little time and less energy to oppose you. What is more, they all turn to you as referee, peacemaker, and allocator of rewards.

If you’ve noticed this in politics, you may also have encountered it in business.  Many so-called business leaders foment savage battles among those they lead.  Doing so makes them more difficult to topple in any boardroom battle.  They believe that making team members see one another as competitors is more effective than defeating real marketplace competitors.  It is not only for-profit businesses; some churches and synagogues are plagued with this kind of leadership. I have even seen parents who deliberately fuel ferocious fights among their children.  It makes them feel more loved by the children who, deprived of sibling support, vie for parental affection.  Increasingly we see, masquerading as leaders, men and women who specialize in splitting their followers into warring factions.  People are now accustomed to leaders who foster dissent, dispute and division.

A leader does not need to be maliciously intent on this mischief I have been describing.  Because squabbling is the default condition of humanity, a “Do-Nothing” leader will have exactly the same effect.  In his desperate desire to avoid conflict and escape decision making that will inevitably disappoint somebody, this kind of leader produces the same state of simmering tension in his organization.

Only the rare leader, possessing both a sense of security and a strong character builds unity in his organization as part of his mission.  Yet this is precisely what ancient Jewish wisdom expects from leadership.

Though Hebrew words such as ‘manhig’ meaning ‘leader’ have found modern usage in Israel, they don’t exist in Scripture.  This is because Scripture is more specific, preferring words for military leaders, religious leaders and so on, rather than a generic leader. The point is that just as a driver of a car is not necessarily able to drive a motorcycle, a jet plane, or a railway locomotive, a leader of one type of organization is not necessarily adept at leading other kinds of groups.

Nonetheless, the Scriptural word most relevant to our exploration of leadership is MeLeCH, translated as king.

As usual, when trying to probe the inner meaning of a word, we locate its first usage in the Torah.

This non-uniform distribution of a word like king, tells us that Genesis 14 discloses important insights into king and leader.  Clearly, we are intended to study the contrast between the 9 kings engaged in the first world war of history, and the ultimate victor of the entire conflict, Abraham.

In reading Genesis 14 we learn that much of humanity then was locked into rebellion, subjugation and warfare.  Not only was each king incapable of maintaining unity among his own people, but he wasn’t even able to keep the peace with his fellow-kings.

By contrast, Abraham led only 318 men.  The Hebrew text alludes to them as those Abraham raised and educated.  (Genesis 14:14)  Isn’t that a wonderful way of viewing those you are responsible for leading?

The unity that Abraham engendered among his small band of followers was a main factor in the defeat he administered to the large military forces of the kings.

Not only does the Torah’s first usage of a word disclose secrets but also the last.  The final use of the word ‘king’ in the Torah is this:

And it was that when there was a king [MeLeCH]  in Yeshurun [Israel] the heads of the people were gathered together, the tribes of Israel were unified.
(Deuteronomy 33:5)

Which is to say that only when Israel had a real leader, a king worthy of being called a king, did unity reign among the people.  As a leader, it is very tempting to allow disagreement to fester among your people as it appears to make you indispensable.  However, this is a very short term strategy.  If your field of vision extends beyond the next election or the next annual report, you will want to lead Biblically and train others in your group to lead in the same way.

This coming Friday night begins the festival of Rosh HaShana, the head of the Jewish year and the time particularly suited for reemphasizing God’s kingship over us and our world. On these two holy days, through Sunday night, our store will be closed. Ten days later, we celebrate  Yom Kippur (this year falling on September 28th). Our audio CD exploring the benefits everyone can get from that Day of Atonement is on sale at this time. 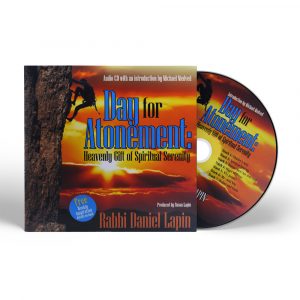 15 thoughts on “Not FaKING”