I’ve often received poor approval ratings. There were the times I insisted that my children write thank you notes before birthday presents were enjoyed. That certainly wasn’t a popular demand. Then there were the times that I joined my husband in his alliances with Christian leaders, years before the Jewish community recognized what an important friendship this was.

Most recently, a woman at my exercise class backed away from me as if I had just told her that I had beri-beri disease when I said that I voted for Donald Trump. In different times and places, being popular is at odds with being principled, correct or even righteous (not that I’m claiming those mantles).

For this reason, I find the constant headline news that Donald Trump is heading into Inauguration Day with low approval ratings (or conversely that Barack Obama has high ratings at the same time) completely irrelevant. Not being omniscient, I have no way of knowing if President Trump will be principled, correct or righteous. However, I do know that aiming for popularity would be disastrous for his presidency.

Certainly, ignoring the public is risky. In 2012, many people felt that Mitt Romney didn’t care about people like them; in 2016 Hillary Clinton had the same problem. Yet, small slices of information can be misleading. President Trump clearly had a better read on Americans than the pollsters who were incessantly gauging public opinion. Maybe all those people who are gleefully touting the new president’s low approval ratings need to be reminded that doing the job well and being unpopular is preferable to doing the job poorly while being personally popular.

If the country does well, economically, globally and socially over the next few years, it matters little if people (like me) have issues with Mr. Trump’s demeanor. It is certainly nice that the Bushes, father and son, as well as Mr. Obama represented respectable family lives. Neither main party candidate gave that option this time around. I will look elsewhere for role models for my grandchildren in all sorts of areas including guarding one’s speech. There are many aspects that I don’t like about Donald Trump, the man. Right now, I’m looking for a strong hand on the tiller steering our country in the best direction, not a best friend.

Noah’s approval ratings were even lower than Donald Trump’s. His neighbors hated him while God valued him. Why? What made Noah stand out? Find out in The Gathering Storm: Decoding the Secrets of Noah, on sale now. 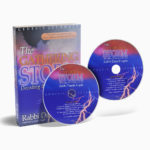