One of the ways we sometimes subconsciously telegraph the nature of our character to others is by how often we employ the first person singular pronoun, I or me, whilst talking. There are pundits who rigorously count the number of first person singular pronouns in presidential speeches and correctly interpret a high count as a measure of how egotistical the speaker is. Could this be true for academics, business professionals, and for pretty much anyone who speaks whether to an audience or to seat-mates at a dinner party?

There is, of course, a place for ‘I.’ Sharing personal stories or emotions using the royal ‘we,’ would be weird. Nonetheless, it would be worthwhile for all of us to consider sparing the ‘I’s and ‘me’s in much of our conversation. Those pesky pronouns in large numbers can betray an unworthy tendency to see oneself as the center of everything. There are few better examples of this principle than we see from two of the main characters in the book of Ruth.

The first person we meet in the book of Ruth is a man from Bethlehem named Elimelech. (Ruth 1:2*) The Hebrew word Eli possesses two meanings: ‘my God’ or ‘to me’. The word melech means ‘king’ or ‘kingship’. As names are hugely important in Scripture, it is important to know the meanings of names as they provide important clues to what we are expected to learn from any particular Biblical passage. Thus, this man’s name can either mean ‘to me comes the kingship’ or ‘my God is king’. The former meaning is egotistical and unworthy while the latter is honorable.

Ancient Jewish wisdom lets us know unequivocally that Elimelech was egotistical and unworthy. In our newest Scrolling through Scripture program, The Book of Ruth: Chorus of Connection, we show a few reasons why Elimelech can be identified more as a knave than a nobleman. However, here is yet another compelling reason to see Elimelech as an unworthy actor in the Ruth saga.

Later in the book, Naomi delivers explicit directions to her daughter-in-law, Ruth. When she finishes, ancient Jewish wisdom tells us that Ruth responds, “All that you say to me I will do.” (Ruth 3:5*) That is how we read the verse aloud. However, in the written Hebrew, Ruth omits the Hebrew word meaning ‘to me.’ It is not found in the Hebrew text. Instead, it is printed in the margin. (It is clearly visible at the top of page 2118 in our Recommended Bible.)

This discordance between the written scroll and how the sentence is verbalized signals Ruth’s enormous humility, her reluctance to emphasize herself. The words ‘to me,’ were not uttered to place the emphasis on herself, they were intended for clarity.

An etymological accident? Hardly. Later (Ruth 3:17) when Ruth recounts her adventures on the threshing floor to Naomi, the verse reports: And she said these six measures of barley he gave me for he said to me ‘Don’t go empty handed to your mother-in-law.’ Again, the written Hebrew omits the words ‘to me,’ or in Hebrew ‘eli’. The 3 letter Hebrew word that could ordinarily belong in the sentence, ‘eli’ –to me and the first three letters of Elimelech’s name—is once again printed in the margin*.

It becomes clear that Scripture has encoded for us the correct understanding of two of our chief protagonists, Elimelech and Ruth. Elimelech is egotistical and self-important. He fades from the story, never to be mentioned again. By contrast, modest Ruth remains the heroine of the story and is ever present even to the climax in the final chapter in which she gives birth to Oved, a grandfather of King David.

Ego tends to thwart achievement. Monitoring ourselves to see that we give credit in a business meeting to a team instead of focusing on ourselves and talking about ‘our’ children or house rather than ‘my’ children or house are seemingly small steps that have big consequences.

(Are you curious about the 3rd word in the margin on page 2118? In our program, The Book of Ruth: Chorus of Connection, we explain how that sends us traveling back to a strange occurrence that took place in an earlier generation.)

*In our recommended Bible:

What do you think? We’d love to hear your thoughts on this Thought Tools post.
We Happy Warrior members can both read and write comments HERE.

Join us for a sneak peek from our Scrolling through Scripture series here. 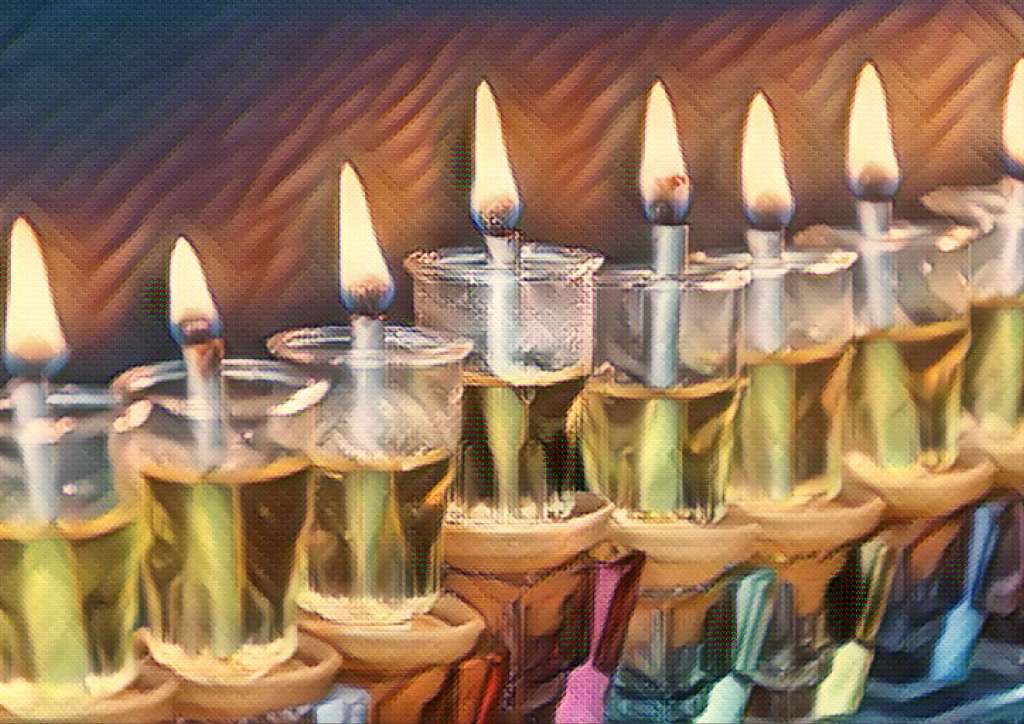