On Monday, February 6, some 200 rabbis and rabbinical students protested outside Trump International Hotel in Manhattan.   19 of them blocked traffic and were arrested for disorderly conduct.  The group was protesting President Trump’s executive order placing a 90-day hold on immigration from seven countries which lack adequate security programs to vet the peaceful nature of visa holders: Iran, Iraq, Libya, Syria, Somalia, Sudan, and Yemen.

Rabbi Jill Jacobs, executive director of Teru’ah, the left-wing rabbinical group that organized the protest, said it was meant to show that many Jews oppose the ban.

“We remember our history, and we remember that the border of this country closed to us in 1924, with very catastrophic consequences during the Holocaust.  We know that some of the language that’s being used now to stop the Muslims from coming is the same language that was used to stop Jewish refugees from coming“, she said.

As the great-grandson of a rabbi who immigrated to the United States in 1924 because of religious persecution, these words caught my attention.

My Zaida, Rabbi Jacob A. Dubrow, was a rabbi in the Vinnitsa region of Ukraine.  During the Russian Civil War, he was marked for death by Ukrainian Whites.  Fleeing to a large city he survived the threat, but was at risk for deportation to Siberia when the Reds were victorious.  He escaped Ukraine and acquired a hard-to-get visa to the United States.  His wife and daughters followed and arrived in New York in 1926.

I wonder what Zaida would have said about the travel ban.

Zaida was a Lubavitcher chasid, an Orthodox Jew.  He passed away decades before I was born; even my father knew him only as a child.  Nonetheless, having followed in his path as an Orthodox rabbi, and having close friends within the Lubavitch movement, I am confident I know what he would have said.

Zaida was a quiet man, a scholar.  He was thoughtful, benevolent, but firm.

Undoubtedly, he would have been against a blanket ban on immigration from war torn countries. He would have advocated that America accept peaceful refugees of war seeking a better life for their families.  He would have supported families being allowed to reunite; without that, my grandmother and her sisters would have never been allowed to join him in the United States.

Yet, he was a wise man.  He would not have supported, for example, the immigration of the Ukrainian Cossacks who tried to kill him.  His passion for justice would have led him to do all he could to stop barbarous murderers from entering this country.  Being benevolent does not mean being a fool.

Zaida would not have relied on a letter from Cossack leader Admiral Alexander Kolchak, certifying that a potential immigrant was upstanding.  He would have advocated a vetting system to make sure people from cultures that embrace murder and mayhem, were indeed peaceful and of law abiding.

A rabbi who escaped death by telling his neighbors he was traveling north and instead travelled south, would have never accepted the liberal concept that all people are inherently good, that all humanity would be sweet as apple pie if only we welcome them into our homes.  Zaida saw human beings at their worst, and he would have passionately advocated keeping those who embraced evil away from these hallowed shores.

The very notion that the United States should rely on Iran – a country that threatens to destroy Israel and America – to vet visa holders to make sure they don’t want to destroy America, is madness.  The idea that Syria, Sudan and Somalia have the will and ability to separate 100 Muhammad Attas from 1000 of his peaceful coreligionists is absurd.

Ignoring evil is not a Jewish concept.  It is a liberal concept.  Liberal rabbis protesting in support of unchecked immigration from countries where large swaths of the population seek to destroy the West are sorely misguided. To be Jewish is to be benevolent.  But to be Jewish is to recognize the reality of good and evil.  Judaism values doing good, selfless and endless good – within the context of supporting good and destroying evil.  Sadly, those who don’t recognize the reality of evil are least prepared to stand against it.

I pray that God give President Trump the strength and fortitude to protect the citizens of this great country, and that America continues, for centuries to come, to accept millions of peaceful immigrants, whatever their religion or lack thereof, who embrace the Judeo-Christian values that have made this country great.

This article appeared first in The Jewish Press. 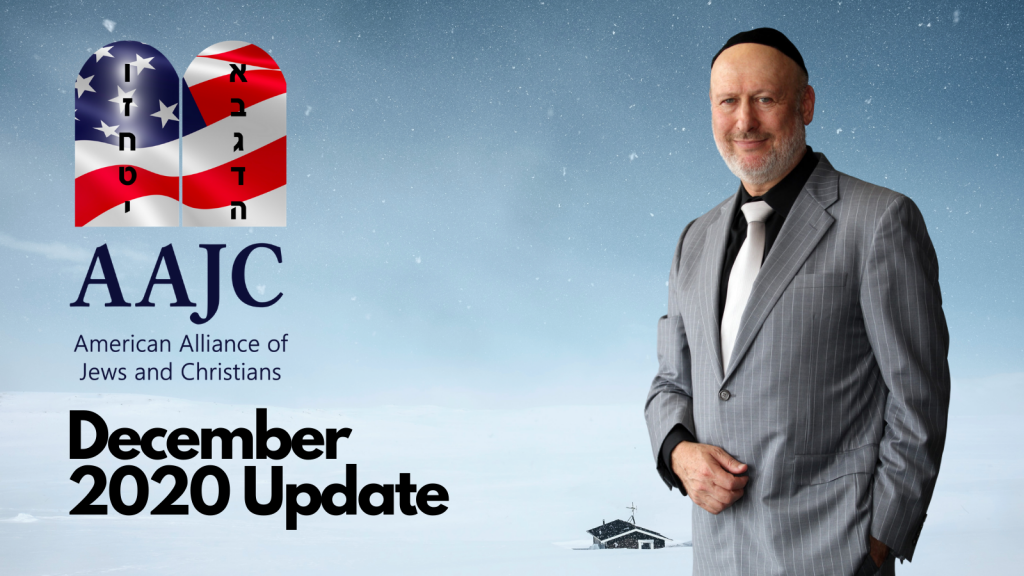 2 thoughts on “Immigration and the Protesting Rabbis”