Why is it that people who excessively indulge their physical appetites for food, sex, or material goods, to the point we could call it an addiction, often yield to many other temptations as well?

Shakespeare’s character Sir John Falstaff highlights this very truth.  Not only is Falstaff a glutton and a drunkard but he is also a liar and a coward.  In yielding to physical appetite he also yields to decay of character.

Before I was ever taught Shakespeare’s depiction of this principle, I had already been taught it from the Book of Numbers.

The rabble that was among them cultivated a craving
and the Children of Israel wept, crying, ‘Who will feed us meat?’
(Numbers 11:4)

Moses heard the nation crying about their families…
(Numbers 11:10)

Ancient Jewish wisdom explains that they were angry about the limitations on sexual relationships and the rules for moral family life which they had received in the Torah a year earlier on Mt. Sinai.

What can we learn from the juxtaposition of problems with these two appetites? Can this section help us deal more effectively with situations in which we or people with whom we have to interact are controlled by physical desires rather than in control of them?

Before we answer that question, we have to understand how to isolate a section of the Bible. Numbers 11 extends from verses 1 – 35. However, as incredibly useful the chapter divisions are, they were developed in the 13th century by Steven Langton, who was the Archbishop of Canterbury, England. His divisions became accepted and were used in the Wycliffe Bible of 1382 and, after the invention of printing, in the King James translation of 1611. While they are universally accepted, they do not always share the divisions that exist in ancient Jewish wisdom.

Every hand-written “official” Torah scroll, whether large or small, is written following precise instructions. For example, each page must start and end with exact words. Among these directives, the scribe must accurately leave some lines only partially filled and other times he must put a break between two sentences even though they are written on the same line. These show two types of God’s paragraphs – ways of connecting or disconnecting topics that we might have thought (and Archbishop Langton did think) did not or did belong together.

We frequently find the most important clue to a perplexing Torah passage by looking to see what Hebrew root word appears seven times. Looking at our section, we see a word that appears exactly seven times over the span of three successive paragraphs of chapter eleven. We have identified our motif!

It turns out that variations of the Hebrew root ASF, which means gathering, appear seven times in noun or verb format.

Three: …If all the fish of the sea were gathered (y’ASaF) for them would it suffice for them
(Numbers 11:22)

Four: …and he gathered (vay’ASaF) seventy men from among the elders…
(Numbers 11:24)

Five:  And Moses was gathered (vay’ASaF) into the camp, he and the elders of Israel.
(Numbers 11:30)

Seven: …the one with the least still gathered (ASaF) ten measures…
(Numbers 11:32)

The motif word ‘gathering’ implies gathering for a specific purpose rather than a bunch of people or things in the same place and time by happenstance.  While gathering the manna was good, gathering the quail was bad, having little to do with hunger and everything to do with lust. Moses gathered himself and the seventy elders into the camp, where, injected with God’s spirit, they successfully countered the gathering of the fleshy rabble.

In other words, the solution to excesses of the flesh is an injection of the spirit.  Over-indulgence of a physical substance often reflects a lack of spiritual completion. There is a reason that Alcoholics Anonymous and other successful rehab groups focus on building the person and connecting him with a higher power rather than just treating the physical addiction. There is a reason that people who exert tremendous effort to wean themselves from one physical addiction frequently succumb to another. People who mistreat their bodies reveal pain-filled souls.

As King David notes in Psalm 1, people may gather together to behave foolishly and wickedly. The rabble in Numbers 11 did exactly that. God’s response was to gather a group for purposes of wisdom and good. We, indeed, are very affected by those with whom we associate. But we mustn’t look at people’s physical make-up to choose our peers; rather, it is the spiritual make-up that matters.

For years, many of you have asked me to recommend an English translation of the Bible. I have demurred because no translation can adequately convey the deep meaning and ancient Jewish wisdom of the original Hebrew. However, I recently discovered a Hebrew/English Bible that does capture certain aspects including visually showing the paragraph breaks. It also retains the Hebrew names of people and places so that you can more easily understand the meaning of those names. If you’d like to see more advantages of this Bible and see if you would like to acquire one, we are delighted to tell you that it is available in our store. 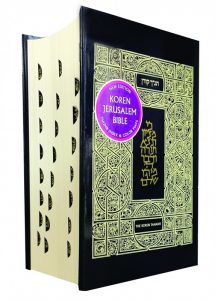 10 thoughts on “Gatherings are Great – or Not”