This past Monday, I finished writing the first part of a Musing about the dilemma of the pro-life movement in dealing with Donald Trump. I am shelving it for the moment, because I must comment on this week’s Democrat convention, which is not going exactly according to plan. (I’m writing this Tuesday morning.)

The convention was supposed to show a contrast to a divided GOP by crowning Queen Hillary amidst adulation. Instead, boos and hisses are greeting mentions of her name. Outside the convention site, protesters are being held back behind fences, yet their jeers of, “Hell no DNC, we won’t vote for Hillary,” aren’t exactly what Clinton fans were hoping to see on TV.

It couldn’t happen to a nicer party. Ohio’s Rep. Marcia Fudge, Chair of the Democratic National Convention said, “We are all Democrats and we need to act like it.” I would argue that the protesters are doing exactly that. Refusing to listen to anyone with whom you disagree has become a Democrat norm. Isn’t that how President Obama has governed? Rather than talking and listening to Republicans, he has simply governed by fiat. On campuses, the college-aged wing of the Democrat Party refuse to allow speakers of alternate views to be heard. Is Mrs. Clinton’s name being greeted by catcalls? Perhaps she should start a support group with Ayaan Ali Hirsi, Condaleeza Rice, and other conservatives whose ability to speak has been overruled by hecklers. Democrats seemed sympathetic when Occupy Wall Street demonstrators defecated on police cars and damaged businesses. Could it be that the protesters are being too polite here? Maybe the convention isn’t a ‘safe space’ for Bernie supporters and needs to be completely closed down?

I admit to getting great pleasure in watching Democrats getting eaten by their own, even as my more mature side recognizes the dangers for our democracy in hordes of idealistic, angry and profoundly ignorant and malleable young people. There is something I admire in Bernie supporters refusing to say, “You cheated, you won, so we’ll be quiet if you promise us you won’t do it again (and again and again).”

Hillary Clinton was a young activist when the phrase, “Don’t trust anyone over thirty,” was popular. It is only fitting that those who are now under thirty completely distrust her. And yes, I know that Sanders is over thirty as well. But applying inconsistent standards to different circumstances and people  is something that many people, and Hillary Clinton in particular, are well accustomed to doing.

I urge you to share this Bible study with a young person in your life. Don’t try and draw conclusions for them; let them do that themselves. They need to look at Socialism through a Biblical lens, and our country needs them to do so. 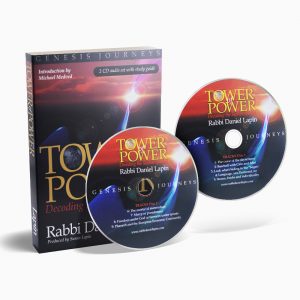 11 thoughts on “Couldn’t Happen to a Nicer Party”