Sometimes, the passage of time makes things crystal clear. It is obvious today that there is no link between education and wisdom and, furthermore, no link between hours spent in school and education. Scores of college students and graduates constantly reveal their ignorance about basic concepts of American history, democracy and the Constitution on a daily basis.

During the 19th century, when England was largely populated by Bible-believing Christians, Thomas Henry Huxley was an outlier.  He invented the word ‘agnostic’ to explain himself and later devoted his life to promoting what he thought of as “scientific rationalism” rather than religion. Among his writings is this paragraph:

“Perhaps the most valuable result of all education is the ability to make yourself do the thing you have to do, when it ought to be done, whether you like it or not. It is the first lesson that ought to be learned and however early a man’s training begins, it is probably the last lesson that he learns thoroughly.”

It serves to show how even smart people can say foolish things.  Huxley is suggesting that education can give us the ability to do what we should do when we ought to do it, whether we feel like it or not.  In other words, he believes that will power and self-discipline can be academically taught.  If this were true, there would be some correlation between education and successful living. However, many people with advanced academic degrees exercise no willpower and demonstrate no self-discipline whereas many people who failed to graduate high school possess those indispensable characteristics.

He is certainly correct that it would be most valuable to acquire early in life the ability to make yourself do the things you have to do when you ought to do them.  Conversely, it follows that acquiring the ability to refrain from doing those things that you ought not to do would be equally valuable.

But it just isn’t that simple.  There is no course you can take in high school or college that will equip you with these vital life skills.  If there were, there would be no such thing as a procrastinating professor. Doing what you should do and doing it in a timely manner is not a matter of fact. Refraining from things you ought not to do is not a matter of curriculum.  They are a matter of character.

Here is a little of ancient Jewish wisdom’s teachings on the topic.

Each of the three letters making up the Hebrew word for ‘king’ (MeLeCh) stands for a part of the human body. However, ancient Jewish wisdom is not a textbook on anatomy so what is being highlighted are internal characteristics.

Those three parts of the human body each carry special spiritual allusions.  The brain alludes to our analytical and thoughtful abilities. Whenever the word heart is used in Scripture, it means our emotional beings.  Finally, the word CaVeD, liver, means base bodily appetites.

Furthermore, the word MeLeCh, ‘king,’ occurs many times in Scripture. Biblically, when discussing people, a king can refer to anybody rising to leadership over his fellow humans.

Thus, aspiring to leadership means running your life and making your decisions based primarily on intellectual and thoughtful analysis.  Secondly, consider your emotions.  Finally, only once all else is in place, indulge the bodily appetites.  A successful life is lived firstly on doing what one’s head directs and only subsequently on what one’s heart wants.  Seldom, if ever, are important decisions made based on the calls of the body.

Conversely, let’s see what Hebrew word emerges by reversing the three letters.  What if one runs one’s life with a paramount emphasis on food, sex, and fun?  Then if time and energy still allow, one does what one’s heart directs, and finally, if ever, one listens to the call of one’s head. What would that life look like?

Reversing the order of the letters making up the Hebrew for king, we now have:

What does the Hebrew word CaLeM, (the opposite of MeLeCh) mean?  Answer:  Embarrassment, shame, calumny.  Notice that words like calumny and calamity possess the root letters of CLM.

The lesson is clear.  To reach the heights of leadership and success, do first what your head tells you. Only then consult your heart, and finally, very finally, think of what your body craves. Failing to heed this guidance leads to calumny, embarrassment and shame.

The problem is that knowing this does not ensure that we will follow it.

Ancient Jewish wisdom teaches that the basic requirement for a king of Israel was an active and healthy relationship with God.  The Israelite king had to write his own copy of the Torah and he had to follow it.  A connection with God is one of the strongest tools for building character.  Possessing deep conviction that regardless of where one finds oneself, the King of Kings is watching with the highest expectations is a guard rail of moral safety.

There are naturally agnostics and atheists with high character, just as there are, sadly, religious people without.  However, what I say to an atheist who asks me if I think being religious makes me better than him, is this:  I don’t think my faith in God makes me better than you. I don’t know what is in your heart. How could I?  But I do know that my religion makes me far better than I would be without it. And me, I do know.

Huxley was an intelligent man.  Of this, there is no doubt.  However, he lacked wisdom, believing that character could be taught as if it were a page of historic facts.

Tomorrow is July 1st.
That means our price increases will take effect tomorrow.
Use this final day to get the resources you’ve been wanting before prices go up. 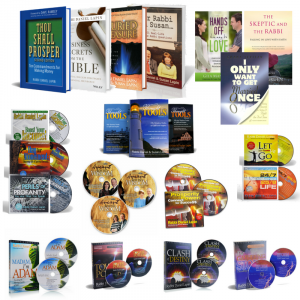 6 thoughts on “Character, Not Curriculum”