Do You Believe the Election is Really Trump vs. Biden?

My morning interaction with my newspaper consists of many groans, occasional smiles and avoidance tactics. Since I am the only active player in this relationship, all three of these responses come from me.

Working backward, avoidance takes the form of turning to the crossword puzzle and not even looking at the rest of the paper. When I do venture further, the smiles come from a particularly well-written piece, from reading a point of view or information that enhances my understanding of the world, or from being reminded that wonderful people populate this country and world. Such a reminder came this week in a story of two neighbors whose yard signs support opposing presidential candidates, but who also have a second sign that says, “We (heart) them,” and shows an arrow pointing to their friend’s home.

Honestly, these days the groans are my most plentiful response. A Wall Street Journal editorial that included these words, “Joe Biden has an obligation to answer questions about his son’s influence-peddling and his own financial dealings—notably regarding China,” elicited a huge groan.

I don’t consider myself a conspiracy theorist. For the record, I believe that U.S. astronauts landed on the moon and I don’t think that Elvis Presley’s death was faked. However, I am increasingly cynical when it comes to the government and know that powerful interests continually do mendacious things of which we average citizens are completely unaware.

Should Joe Biden win the election (honestly or dishonestly) I do not give his chances of a four-year term of office more than 50%. I think I am being overly generous by suggesting odds that high. Whether he will “choose” to resign or whether he will be forced to resign by his own party, is irrelevant. The point is that it will be relatively easy to attack his mental capacity and/or bring forth serious allegations of abuse of power. He will be in office only on the sufferance of the Left. Their goal is to place in the Oval Office a redistributive Leftist willing to trash America’s founding values. She is waiting on the sidelines.

Of course, I could be wrong, but I groan at that editorial I mentioned above because I think it misses the point. Socialism thrives on a system whose rigorous rules and regulations cast such a wide net that every citizen, without exception, can easily be criminalized, even by falling foul of retroactive legislation. Every person is a potential criminal or easily threatened with or subject to blackmail. Anyone, no matter who, is in danger of being targeted. In addition, society’s rules change so rapidly that what was acceptable yesterday is unacceptable today—as we frequently see happening now. Things that the media is ignoring about Joe Biden today, can be front-page news tomorrow. I fear that Joe Biden’s very weaknesses that are being ignored today are what make him desirable to those scrambling for power.

WHAT BATTLE IS AMERICA (AND THE WORLD) FACING TODAY?
What should we do?

Reprinted by popular demand! Different times but the same principles.

@ 4 days ago by Susan Lapin

Yes, times are different, but the principles haven’t changed. We are delighted to announce the reprint (available as an ebook or a paperback) of America’s Real War: An Orthodox Rabbi Insists that Judeo-Christian Values are Vital for our Nation’s Survival. This book produced shock waves among both Jews and Christians. Find out why.

@ 4 days ago by Rabbi Daniel And Susan Lapin

I Won’t Stand for It

2. “Deep into that darkness peering, long I stood there wondering, fearing…”

3. “Stood there and watched you walk away…”

4. “How to Handle Getting Stood Up on a Date”

The French captain’s son stood resolutely on the burning deck until he was finally consumed in the furious flames.  Though Edgar Allan Poe claims he stood there for a long while, I suspect that in reality he soon returned to his bed.  Taylor Swift stood there as her lover walked away but one assumes that she managed to replace him quite quickly.  The readers of Glamour who keep getting stood up, well, enough said.

There really ought to be different words in English for stood.  One can scarcely compare my different examples of standing.  One shouldn’t.  I won’t stand for it.

In the Lord’s language, there are indeed words to describe two different ways of standing.  One can stand firm like the boy on the burning deck; one might say, stand like a pillar.  Or one can stand there sadly like Taylor Swift, ready to be quickly distracted by someone else.

Let’s see a Biblical example of each kind of standing.

You stand this day all of you before the Lord your God.…
that thou shouldst enter into the covenant of the Lord thy God and into His oath…
(Deuteronomy 29:9-11*)

And it came to pass at the end of two years that Par’o dreamed;
and behold, he stood on the river.
(Genesis 41:1*)

When the Israelites stood before God to establish a special covenant, it was for all time.  In fact, the Bible makes clear that this covenant is being established not only with those Israelites who were standing there but also with all the future generations not yet born. (Deuteronomy 29:13-14*).  In other words, a permanent standing.  The Hebrew root used for standing is YaTZaV.

However, when Pharaoh dreamed that he stood on the Nile, not only did he not remain there for long, but it was a dream.  The Hebrew root used for stand is the far more common OMeD.

The root OMeD is also used here, implying a lack of firmness:

And the magicians were unable to stand before Moses…
(Exodus 11:9*)

When the standing is more that of standing like a rock until one’s task is complete, the Torah uses the word YaTZaV. The use of this word in an unexpected place can give us deeper insight into a person’s actions.

For instance, “Behold I stand by the water well…” (Genesis 24:13*) said Eliezer as he prayed for success in finding the woman who’d become the second matriarch, the wife of Isaac. This resounds to Eliezer’s credit.

Knowing that there are two different ways of standing helps us translate our spirit into our posture.  When I stand in line at the check-out, I hope it’s not for long and so I don’t root myself to the ground.  However, when I stand up for principle, I want to be utterly immovable and, just as importantly, I want to appear to others as utterly immovable.

Deciding which principles one will stand up for unyieldingly is vital for successful living.  It allows one to know in advance which battles are worth fighting and which are better averted.

We are offering a sale this week on our Genesis Journeys Set as a powerful way to learn Biblical truths that Hebrew and ancient Jewish wisdom reveal. Each of the four audio CD sets (with a study guide) guides you to understand today’s personal and universal struggles and strengthen you as you take your stand.

Revised and reprinted from 2015

@ 6 days ago by Rabbi Daniel Lapin

Scott Adams is the talented cartoonist who draws the Dilbert comic strip. Dilbert pokes fun at work-related issues, so it wasn’t surprising that Mr. Adams tackled business ZOOM calls in the days of COVID. The comic strip I saw featured a call interrupted as a father trades in his professional persona for that of a frustrated dad responding angrily to children rampaging noisily in the background.

This cartoon sparked quite a conversation among a few mothers in my community.  A number of them told how they could relate to this scenario, while a few ventured to say that their children understand the need to be quiet while Mommy is on a business call or conference. What intrigued me was the language some of the mothers in the latter group used. They spoke of how lucky they were.

I beg to differ. Children are not born with a “don’t-interrupt-mommy-when-she’s-on-an-important-call” gene. Until they are past babyhood, they cannot understand that their parents have lives apart from them. For those months and years, it is up to mothers and fathers to make plans that will allow them to conduct uninterrupted adult conversations. Once children have passed that point, not interrupting is a lesson that needs to be taught. Some children will accept guidance easily while others will need a slower and longer learning curve. However, unless there is a severe underlying condition, even older toddlers can be taught not to talk loudly, run around or interrupt parents for a reasonable amount of time. Wise parents understand that the length of time reasonable for a seven-year-old isn’t reasonable for a three-year-old, but the younger child certainly can and should be expected to begin regulating his behavior. Luck isn’t the operative word; the applicable words for parents to employ are patience, persistence and positive consequences.

Many years ago, my mother-in-law was chatting with a young mother whose four-year-old kept on interrupting their conversation. After continually shushing her daughter, the somewhat embarrassed mother said, “I can’t wait until my daughter outgrows this stage.” With more candor than tact, my mother-in-law replied, “Children outgrow shoes, they don’t outgrow bad manners.”

Can you have an adult conversation while your children are awake? My guess is that time, effort and loving guidance have more to do with that reality than does luck.

@ 1 week ago by Susan Lapin

Listen to our podcast on the go or wherever you are!
Uncover how Ancient Jewish Wisdom can positively impact every aspect of your life.

We teach. We laugh. We even argue.
Scripture comes to life, guiding us all towards more happiness and success.

Join the over 42,000+ people who have chosen to receive FREE weekly teachings from Rabbi Daniel and Susan Lapin revealing ancient Jewish wisdom for their lives.

Enjoy an assortment of video messages from Rabbi Daniel Lapin!

Rabbi Daniel Lapin, known world-wide as America’s Rabbi, is a noted rabbinic scholar, popular international speaker and best-selling author. He hosts the Rabbi Daniel Lapin podcast as well as co-hosting the Ancient Jewish Wisdom TV Show on the TCT network with his wife, Susan. He is one of America’s most eloquent speakers and his ability to extract life principles from the Bible and transmit them in an entertaining manner, thus improving peoples’ finances, family and community life  has brought countless numbers of Jews and Christians closer to their respective faiths. 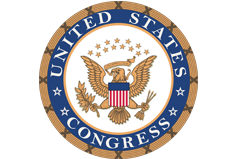 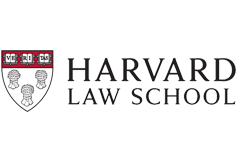 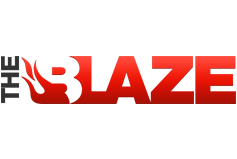 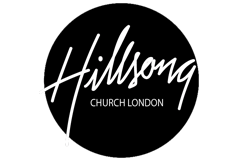 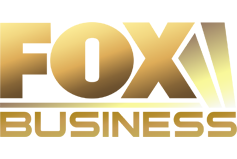 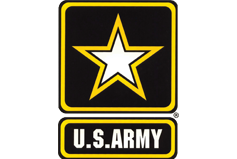 Do you have a question you’d like to discuss or simply want to stay in touch?

Send us an email at: admin@rabbidaniellapin.com or use the contact form below.